Ring in the New Year with Sherman Chamber Ensemble

January 6 in Pawling and January 7 in Kent 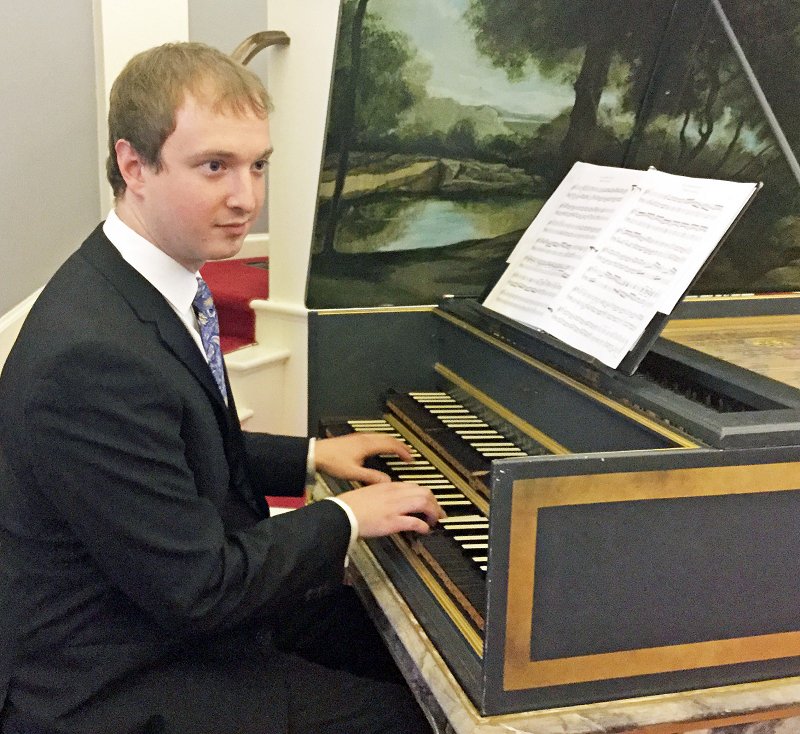 The Sherman Chamber Ensemble is ringing in the new year with its annual “Best of Baroque” concerts on Saturday, January 6 at 4 p.m. at Christ Church on Quaker Hill in Pawling, NY and on Sunday, January 7 at 4 p,m. at St. Andrew’s Church in Kent, CT.  Audiences will be treated to works by masters of the Baroque era played by the best of today’s chamber music artists.

The Ensemble’s “Best of Baroque” concerts have been praised by The Millbrook Independent as “stunning performances…inspiring and uplifting.”

Harpsichordist Sauerwald is a distinctive continuo player, soloist and music director, and is active across the US and Canada. He won the first place title in chamber music at the Concours de Musique du Canada 2009 and was a finalist at the Montréal Baroque CBC / Galaxie chamber music competition 2007, both with Ensemble la Félicité. He has performed in halls from Montréal’s Musée de Beaux Arts to Taipei’s National Recital Hall to Boston’s Goodlife bar.

He has music directed staged productions for Ensemble la Félicité and Ensemble Musica Humana, and is a regular repetiteur for the Amherst Early Music Festival, Venice Opera Project, Tafelmusik Summer Baroque Institute, and others.

General Admission tickets are $30; Senior and Student tickets are $25, and children ages 15 and under are admitted free with the purchase of a paid ticket. Tickets may be purchased online at www.ShermanChamberEnsemble.org or at the door on the afternoon of the performance.  For information or reservations call 860-355-5930.

Both concerts will be followed by an informal reception where audience members will have an opportunity to meet the musicians.  Performances at St. Andrew’s Church are presented in conjunction with the church’s Music in the Nave series.

For information and reservations, contact the Sherman Chamber Ensemble at 860-355-5930 or [email protected]

ABOUT THE SHERMAN CHAMBER ENSEMBLE

Founded in 1982 by cellist Eliot Bailen, Artistic Director, and flutist Susan Rotholz, the Sherman Chamber Ensemble offers a year-round schedule of performances for all ages at venues in Connecticut and New York.

Guided by its mission to bring world class musicians to our communities and schools to perform a diverse range of music with an approach that is intimate and inclusive, the SCE has been described  by The New York Times as “about as close as it gets to the Platonic ideal of a chamber music concert.”

SCE offers Baroque programs, a summer chamber music series, educational activities and a year-round slate of musical events showcasing the best of live musical performance, from classical to bluegrass to jazz – plus children’s and family concerts, school residencies and pop/rock coffeehouses. In addition to concert subscription and ticket sales, support for the 2015 season comes from private foundations, local businesses and many generous individual donors.