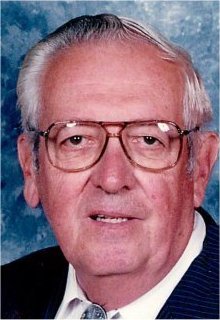 A resident of the Holmes-Pawling area since 1957, formerly of New Jersey, he was born in Honesdale, PA on May 18, 1933 to Chet and Marion (Guinther) Roberts.  He graduated from Tenafly High in New Jersey and served in the United States Air Force during The Korean War. He was stationed in Morocco.

He worked for the Boy Scouts of America Camp in Holmes, and later as a machinist, tool & die maker for Pawling Rubber Corporation until 1995. After retiring from PRC, he began his own tool & die business, Pepper Hill Machinery.

Paul worked hard all his life. He could fix and build just about anything, and Paul used these abilities to build his own home. He was a friend to all, and always willing to lend a hand to those in need. His primary values revolved around his love for family, friends, and the hunting, fishing and camping trips he had with them. He will be greatly missed.

He is survived by his son, John Roberts and his wife, Jean, of New Windsor; his daughter, Kelly Liffland and her husband, Robert, of Pawling; his brother, Jack Roberts of Bradenton, FL; his companion, Victoria Hoag of Pawling; four grandchildren, Robert Liffland, Charlotte Ross and husband, Jefferson, Renee DelBene and husband, Colby, and Veronica Liffland; three great-grandchildren, Miles and Landon DelBene, and Stella Ross; and his former wife, Veronica Roberts of Pawling.

Friends and family may call at the Horn & Thomes, Inc. Funeral Home, 83 East Main Street, Pawling, Sunday, December 31st at 2 PM, with a funeral service at the funeral home at 3 PM.

Burial will be at the convenience of the family.

In lieu of flowers, memorial donations may be made to the National Kidney Foundation at hhtps:www.kidney.org or the Wounded Warriors Project at WoundedWarriorsProject.org.